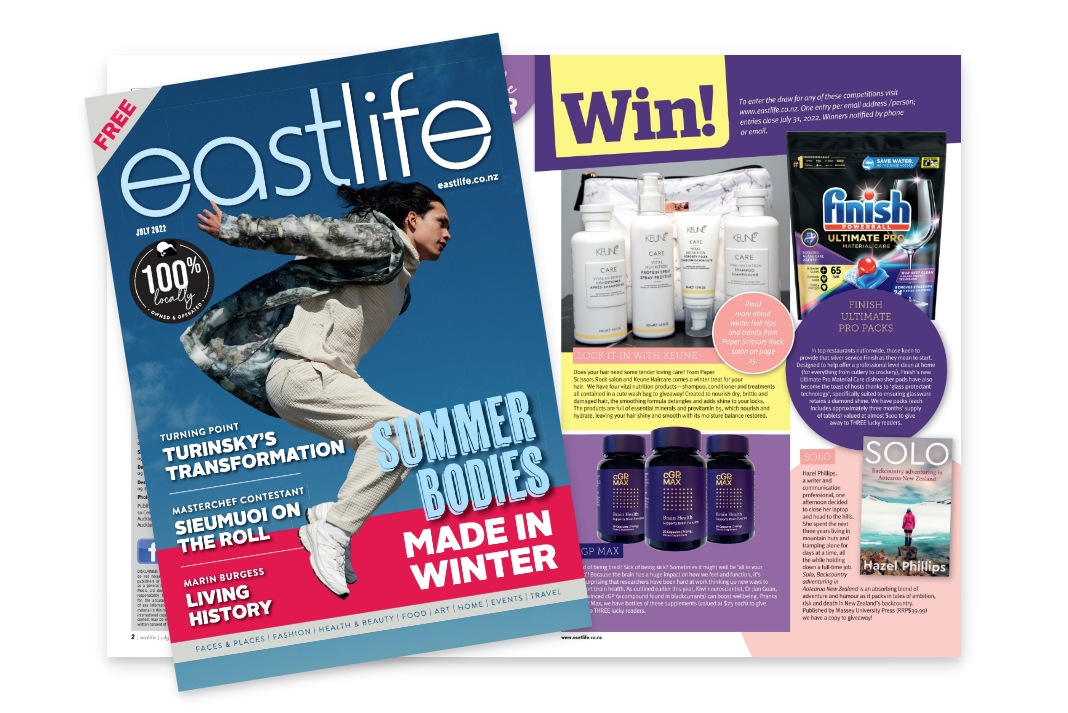 Do you feel like you are constantly on the run, moving from one big project/event/occasion/deadline to another?

Must confess I have been feeling it … forever!

Mike Turinsky’s honest account of reacting to life’s stress and demands, with the familiar reasoning: ‘When I get through this situation, I will put change into place’ — is something I can totally identify with it.

Read about the major life change he went through when his stress levels and work-life balance went askew, even as he struggled with two demanding jobs dealing with difficult issues—as chief executive of Young Life Trust and as Howick Local Board member.

Addressing the journey within, Turinsky worked one step at a time on his mental, physical, emotional, and spiritual wellbeing, and even lost 30 kgs in the bargain!

Talking about pivotal turning points, Allan Moseley made a dramatic career change from training personnel in the airline industry for 21 years to, barbering! Making the switch was a close shave, literally. Just a month after he invested his life’s savings in the men’s grooming business, Covid struck. There was more than a year’s delay in the opening of BarberShopCo. However, the nightmare ended once the new business saw the light of day. Lucky for Allan, the men in town are the cool set/heroes—they have been busy playing catchup with women in the grooming department.

In this issue, we’ve also featured our local contestant in MasterChef, New Zealand, the oh-so-enterprising Sieumuoi Hancock. Not many know that she, along with her childhood sweetheart (now her hubby) was the one who started the very successful Ronnie’s Café at the Botany Town Centre whilst she was at still studying at university; and later, she established the popular Hancock’s Cafe in Howick. They eventually sold both the businesses to focus on family life. The mother-of-two who loves feeding people, shares some of her favourite recipes.

For all you royal followers, I’m excited to announce that although we couldn’t be in London to meet the Queen during the glorious Platinum Jubilee celebrations, this particular issue will be travelling all the way to the Buckingham Palace! Cr Sharon Stewart, who hosted the Queen’s Platinum Jubilee celebration at Fisher House with men and women from east Auckland who have been recognised with Queen’s Birthday/New Year Honours, tells me that EastLife magazine – with the coverage of the celebration – will be sent to Queen Elizabeth II.

Well, what can we say but Long Live the Queen! And, hope you enjoy leafing through our magazine, your Majesty!