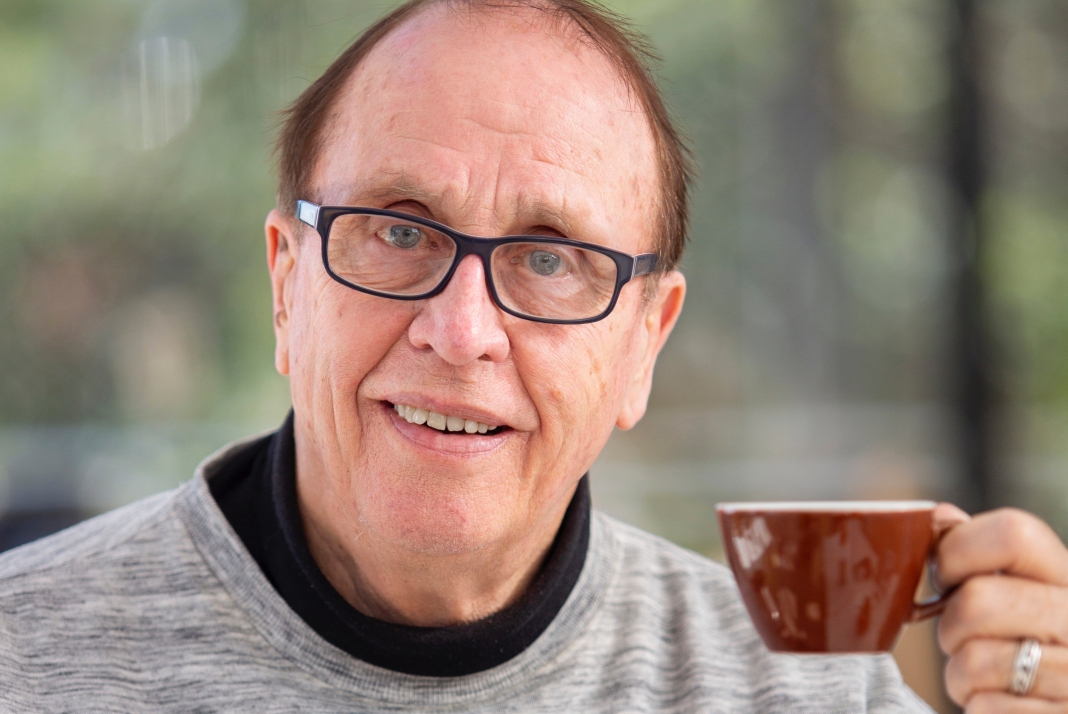 EastLife columnist Bill Potter hits a milestone with his 100th column in this issue. The special occasion calls for a SnapChat with the positively upbeat maverick, life coach and public speaker, the inimitable Bill Potter.

Life was tough as a malnourished child with rickets and a dad who was tough as nails. How did you change your trajectory? Firstly, my mother, only just 20 who loved and protected me in POW camps. My Faith. Still going, when I could have died, several times.

The secret code of success in a maverick’s diary… Do it Differently… but only if it makes it Better, because the ongoing worldwide mantra is ‘Same old, same old! No change, no change! Understand!

My inspiration … The beautiful and brave Human Beings who have consistently ‘put others before self’. My main heroes are, mothers and frontliners.

Turning point of my life… The birth of our first child. What ongoing miracle could bring into existence, such a perfect little ‘being’, to which I merely contributed. And then… there were three! I will love them forever and then some…

My biggest high… When I was invited to go to the World HQ of Junior Chamber International [JCI] in Miami, Florida for eight years. Jaycees were the greatest! Serving in New Zealand’s military for six years, to honour the brave U.S. military, who saved the lives of my family and me, in WWII.

Best advice you’ve practised as you preached as a life coach… Be your best future self, because you are ‘Unique’! We need you!

One person you’d like to tango with… We were both 14. She from America. Me, a Kiwi. A fleeting meet upon a ship. We then parted to separate shores, so alas, it was not to be. Yet, we are still ‘much in touch’, even upon this very day.

Craziest thing you’ve done…Coached 158 Jaycee leaders from 60+ countries, 80 of them from Japan, requiring an interpreter… on my own. It was on a ship cruising along the Japanese coast, for two days and nights, me trying not to be sea-sick. Also, making some of my keynotes from a coffin, in appropriate costumes…

Humour to me is… The difference between ‘existing’ and ‘living’. Laughter is second only, to ‘loving’, as truly ‘the power ‘medicine’ for happy longevity.

If you were the Prime Minister of the country, the first thing you’d change is…. I would seek to change the stupidest form of government, that being ‘party politics’, the playground of many narcissists! It could be a form of ‘Code of Civility’. But since this can never happen, let the ‘holier than thou’ play in the sandpit of hatred! No wonder the ‘aliens’ watch with amused perplexity, from afar and will never ‘visit’!

I will keep writing until… I forget my password…

My raison d’être (‘reason to be’)… is to fight as many injustices’ as I always have. If I did not have such beautiful extended family and friends, I would not have been here to write this contribution. Thank you ‘Team Times Media’ and ‘Team Eastlife’.

Any words of wisdom… ‘Be true to others, before being true to yourself.’